Is there a Storm in a Teacup over Google’s RankBrain Machine Learning Technology? 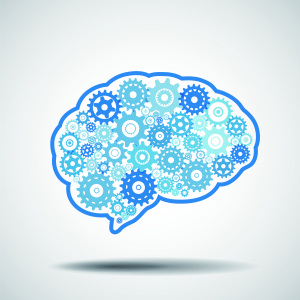 If you track what is going on in the SEO industry, you may have heard of RankBrain and wondered what all the recent fuss has been about in the past few weeks. Or maybe not… especially if you leave SEO to the experts.

But, the time has come now for you to start to get a grasp as to what the truth is with Google RankBrain.

First off Google’s RankBrain is NOT a completely new main algorithm, it is a piece of (likely) very clever, machine learning software that will help the search engine figure out how to sort and filter results on search queries it has not yet seen before.

This artificial machine learning technology was announced by Bloomberg back in October 2015 who went into quite some detail here:

Google Handing its Web Search over to AI Machines

However, a recent comment by a Google engineer, stating it is now the 3rd most important ranking factor behind quality content and acquiring links, is making some in the SEO community a little jumpy.

Following this news Search Engine Land approached Google directly for information and seemingly had to make a few assumptions about RankBrain. It didn’t, at that time, appear to generate too much interest from SEO’s but as it was still so new (and no-one was too sure) it has taken time for RankBrain to ingratiate and embed itself amongst the greater SEO minds and community. As ever there were a few folk outside of Google who proclaimed themselves to be RankBrain experts with very little knowledge of it, nor of machine learning or artificial intelligence in general.

Google’s senior A.I engineers admitted that the system now  teaches itself when dealing with ambiguous search terms that it has not come up against before. We are told these types of searches are becoming more apparent (especially if you compare tohow different an individual  would use Google via voice based search on their mobiles).

Greg Corrado, one of the senior A.I research experts at Google has stated that RankBrain is the third most important signal contributing to a result in search.

After testing the A.I against Google’s own expert engineers it was reported that RankBrain delivered the results in the “right” order 80% of the time against the human’s 70%. Not a huge difference but one that could result in Google’s engineers writing themselves out of a job in the future. Maybe.

Now this was all back in October.

Roll on 7 months and there is still not too much out there about RankBrain other than just a few useful posts floating about, including one from Eric Enge over at:

How to Rank for RankBrain:

So will RankBrain affect the way I carry out SEO?

Right now, no. Hummingbird made me sit up (but only in the knowledge that the methods I have used time and time again to ensure clients get good rankings are proven).

The core SEO methodologies the team here use are still pretty much the same from 2005 and I’m not thinking about how best to satisfy RankBrain. I’m still in fact working out the best way of satisfying a user’s intent, creating the right type of content for them, *some* backlink analysis and acquisition and other such daily SEO tasks for our clients.

Should I be concerned by RankBrain?

No more than I was concerned by the introduction of Hummingbird, the core of Google’s current algorithm that better handles natural language processing.

Should I be worried that doing SEO will become harder/more expensive?

As stated previously Google acknowledges that RankBrain is now their 3rd most important signal – when it is deployed – and if you think about that it could easily increase to the first or second signal, if the engineers allow it more importance.  If RankBrain can increase its ability to determine relevant and context, without the addition of links to boost that piece of content’s authority what then?

What have I discovered about RankBrain that might be of use in SEO?

RankBrain doesn’t affect how Google bots crawl our sites (yet). Well that’s a relief to know.

RankBrain doesn’t come into play on common search queries Google has seen many times before (yet).

RankBrain is capable of detecting how relevant a piece of content actually is.

I’ve heard/read about neural networks, vectors and shards as well as the fact RankBrain assigns numerical values to search terms to better help it understand brand new search queries it comes across.

We’re told that RankBrain is just a subset part of the algorithm, so my concern is when it becomes the main algorithm possibly putting Hummingbird on the top shelf, what then?

If ranking your website on Google seems it is becoming increasingly complicated then why not give our team a call? We’re happy to advise on any aspect of web marketing, just call on 01285 50 55 50 and we’ll be delighted to help.

Get Our Latest News Direct To Your Inbox

This website uses cookies to improve your experience while you navigate through the website. Out of these cookies, the cookies that are categorized as necessary are stored on your browser as they are essential for the working of basic functionalities of the website. We also use third-party cookies that help us analyze and understand how you use this website. These cookies will be stored in your browser only with your consent. You also have the option to opt-out of these cookies. But opting out of some of these cookies may have an effect on your browsing experience.
Necessary Always Enabled
Necessary cookies are absolutely essential for the website to function properly. This category only includes cookies that ensures basic functionalities and security features of the website. These cookies do not store any personal information.
Functional
Functional cookies help to perform certain functionalities like sharing the content of the website on social media platforms, collect feedbacks, and other third-party features.
Performance
Performance cookies are used to understand and analyze the key performance indexes of the website which helps in delivering a better user experience for the visitors.
Analytics
Analytical cookies are used to understand how visitors interact with the website. These cookies help provide information on metrics the number of visitors, bounce rate, traffic source, etc.
Advertisement
Advertisement cookies are used to provide visitors with relevant ads and marketing campaigns. These cookies track visitors across websites and collect information to provide customized ads.
Others
Other uncategorized cookies are those that are being analyzed and have not been classified into a category as yet.
SAVE & ACCEPT
Go to Top